Or if you know someone who might consider it…

The Republican team from Senate District 61 (SD 61) is excited to build our organization and support local candidates in 2014.  Our Nominations Committee is meeting at the Community Room at Lund’s Groceries at 1450 West Lake Street on Tuesday, March 25 at 6:30 p.m. to meet potential candidates for Minnesota State House for District 61-A and District 61-B.  If you are considering a run, you are welcome to come no matter who you are!  We will supply coffee too!  At the SD 61 convention on Saturday, March 29th, we will be endorsing one candidate for each of these races.

As part of the meeting, members of our Nominations Committee and Executive Board will be on hand to answer questions about the process of running for state office.  It can be a very fun challenge to take on!  One of the services that the Nominations Committee will offer is to run background checks for potential candidates ahead of the convention and we ask candidates to bring their Free Credit Report, available at CreditKarma.com  There are two potential benefits to this offer for candidates: (1) the local party can help strategize to address any issues in advance and (2) the Nominations Committee can confirm your background as you seek endorsement at the Convention.

We hope you can make it on March 25th.  If you cannot, drop me a line and we will work with you as we can.  We look forward to working with you on a potential campaign!

The Party of Big Money?

Democrats outspend Republicans 3-to-1 in Minnesota

As several recent reports have confirmed, the largest political contributions in Minnesota, as well as throughout the nation, consistently benefit Democrats.
Despite that fact, Democrats like Senator Al Franken are notorious for blaming the Koch brothers and Karl Rove for outrageous campaign spending. This is the big money fallacy.
The truth is that Democrats outspend Republicans by nearly 3-to1 in Minnesota. In fact, $27 million of the $53 million contributed to Minnesota campaigns in recent years was from just 26 donors: 19 of which are Democrats.

“This is one of the best fundraising hauls that the [Democrats] [have] had in an off year,” – DFL Chair Ken Martin (Star Tribune)

Despite what Democrats would have you believe, the numbers don’t lie. Democrats far outspend Republicans by the millions. Even a small contribution to MNGOP will make a difference in swaying the balance of power in Minnesota government.

With Barack Obama visiting St. Paul’s Union Depot tomorrow, and Democrat Party Chairman Ken Martin saying he is happy to talk about Obamacare, will Al Franken be making any public appearances with the unpopular President?

Franken voted with Obama 100% of the time in 2013 even as the President’s approval rating in Minnesota plummeted to an all-time low. On Monday, Franken’s office told the NY Daily News that Franken won’t commit to appearing publicly with the President in Minnesota tomorrow.

“Al Franken’s record is a total rubber-stamping of President Obama’s agenda,” said RPM Chairman Keith Downey. “Between casting the deciding vote for the Obamacare debacle to supporting President Obama 100% of the time, why wouldn’t Al Franken want to welcome the President to Minnesota?”

Many vulnerable Democrat Senators, such as Sen. Kay Hagan (D-NC) and Sen. Mark Begich (D-AK), are actively avoiding the President on the campaign trail. With Minnesota now a battleground state for control of the Senate, it begs the question if Al Franken will be the next vulnerable Democrat to give Obama the cold-shoulder.

Background:
“When Obama speaks Wednesday in St. Paul, Minn., on the economy, Sen. Al Franken (D-Minn.) ‘hopes he can join the President,’ a spokesman for the former funnyman said. ‘But it’s uncertain if his schedule will allow for travel since the Senate is in session.’” (Source: NY Daily News, Feb. 24, 2014)

“The trip to discuss the economy comes as his popularity in the state is at an all-time low, with approval from 43 percent of Minnesotans.”   (Source: Minneapolis Star Tribune, February 20, 2014) 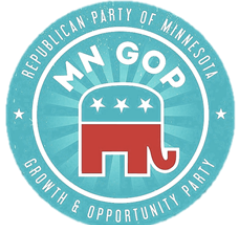 Democrat Party Chairman Ken Martin’s decision to hold the caucus at a location outside the precinct has been criticized, along with his appointment of the caucus conveners rather than allowing the caucus attendees to vote on them.

The Democrats ironically are also requiring caucus attendees to present a form of ID to prove they are eligible to participate.

“This power play by the Democrat establishment will favor 40 year incumbent Phyllis Kahn who is running against a credible Somali candidate for the Democrat endorsement,” said Fields. “When Democrats need to protect one of their own, suddenly policies that enhance Voter ID are OK. This isn’t where the Democrats were in 2012 when such policies were called racist and an attempt to intimidate voters. While we welcome their about face on this issue, it is truly a shocker.”

“These arrangements sure make it look like the Democrat machine is trying to engineer an outcome,” said Republican Party Chairman Keith Downey.  “And the challenger is hard-pressed to publicly object to the power brokers.”

Fields also said, “For the Democrat to demand an ID to participate in a local caucus reeks of utter hypocrisy. The message they are sending is that they believe in fair elections when it suits their interests. The larger lesson for our minority communities is that the DFL will use every tool available to minimize their ability to become truly equal partners in democracy.”

“DFL opposition to Voter ID was never rational, and clearly today they embrace it because they know Republicans were right,” concluded Fields.  “We believe our minority communities have every right to expect a fair and unbiased election process. Unlike today’s DFL party, our party is a grassroots organization that respects the will of local communities to determine their own political future.”

While the candidates seeking endorsement for Governor closely matched the state-wide results (Jeff Johnson & Marty Seifert almost tied and Thompson a close 3rd), Mike McFadden was the clear winner receiving over 50% of the votes in SD61; over three times as many as Julianne Ortman.

Obamacare / MN Sure by the Numbers

Republican Party of Minnesota Relocates To New Headquarters in Minneapolis

The Republican Party of Minnesota will be moving to a new headquarters facility located in the heart of Minneapolis.
The Party’s decision to move from its current location adjacent to the capitol complex in St. Paul was influenced by a number of factors, including significant cost savings and a desire to place the Party offices in the middle of everyday Minnesotans.

“We are moving out from ‘inside the political beltway’ in St. Paul to be closer to the people,” said Republican Party Chairman, Keith Downey. “It is a visible and tangible sign that the Republican Party will be focused on regular Minnesotans and immersed in their circumstances.

The new offices are located at 2200 East Franklin in the Seward neighborhood of Minneapolis, which is between the Midtown, Phillips and Cedar Riverside areas. It is also near the University of Minnesota, Augsburg College, and the Cristo-Rey, Minnesota Transitions Charter and Minneapolis South High Schools.

Downey concluded, “This is a great move for us on many levels, including the chance to connect with our new neighbors and show that we are on their side and our ideas work for them.”